Established in 1996, with a second-generation family tradition of bringing Christmas joy to our customers. 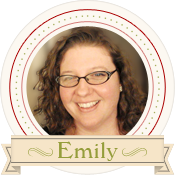 The proud Head Elf of The Christmas Shoppe, Emily began her holiday-centered career one bustling, magical Dickens night in 2003 as a part-time elf for Michael & Shedell Giddens, the original owners.  Emily knew by the end of that evening that she had found her calling.

Since then, she has worked among several of the local shops in downtown Boerne, but maintained a strong desire to become a walking example of Mrs. Claus.  When Michael & Shedell approached Emily about their desire to retire and place the shop in her glittery hands, Emily was overjoyed!

Now you can find Emily at The Christmas Shoppe almost everyday, where she will be happy to help you create an amazing holiday for your family to cherish. 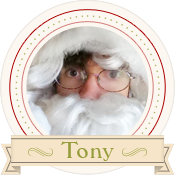 If somebody had told Tony thirty, twenty, or five years ago he’d someday be helping his lovely wife run a Christmas shop in Boerne, he probably wouldn’t have believed him.  “‘Ever since I could make monkey sounds,’ as my parents like to say, I’ve been into marine biology and dogs, but, as is so often the case, God had other plans. Bigger and better ones,” says Tony.

More often than not, he’ll be wearing his favorite Santa hat (the one Emily gave him for Christmas back when they were dating), but he hopes to find more opportunities and random excuses to don his captain’s hat and the rest of his piratey garb to help spread awareness of one of his very favorite holidays, International Talk Like a Pirate Day!

Tony sees The Christmas Shoppe as a tremendous blessing and hopes to help “keep ‘Christ’ in ‘Christmas,’ and every other holiday, and every day in between.”