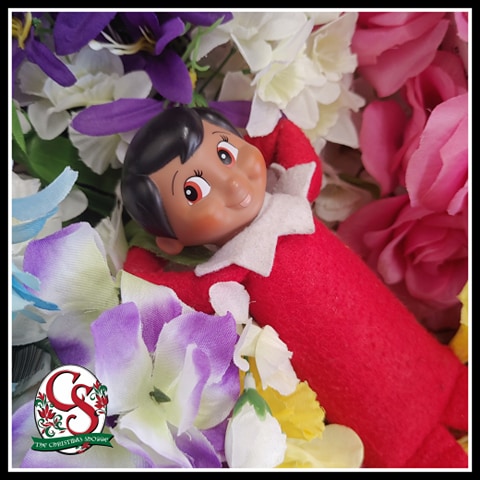 The tradition of the Easter bunny, or Easter hare, is German in origin (Like Boerne). The Easter bunny is kinda like Santa, rewarding the children that are good with candy and eggs. 🙂

Daffodils are bright, cheery spring flowers. Their sunny yellow and orange colors are like a sunrise. The trumpet shaped center reminds us of a trumpet’s blast of victory. Frequently daffodils are blooming at Easter and last several weeks in the Easter season, making them a constant, joyous reminder of the celebration of Our Lord’s victory over death.

Tradition has it that Easter lilies grew in the Garden of Gethsemane. The lily is a symbol of purity. While this symbol is generally taken to indicate the purity of the Blessed Virgin, the lilies could also be a symbol of the purity, innocence, and beauty of Jesus whom she would be receiving into her womb.  The Easter lily is a majestic lily, again we see the shape of a trumpet. The lily also has six pedals which are arranged in two sets of three, a reminder of the Trinity.

A lamb is a traditional symbol of Easter. This is in memory of Passover and of course Jesus, the true unblemished Lamb whose self-sacrifice takes away the sins of the world.

The cross is a symbol of Lent and Easter for obvious reasons. Christ, our Savior and Lord, died for our sins. The cross symbol seems to derive from the use of two sticks at right angles which, when rapidly rubbed together, create sparks for fire. The cross thus became a sacred symbol, used to symbolize fire and light.

Easter eggs are eggs colored with the colors of spring. They remind us that, as new life grows in and emerges from an egg, so, too, did Jesus rise from the tomb. So, too, we also must rise from our spiritual tombs of  defeat, and hopelessness.

Birds, particularly robins, bluebirds, sparrows, and other songbirds, are Easter symbols. They are hatched from eggs, reminding us that Jesus broke through a hard tomb to reappear from death on Easter Sunday. They ascend from the ground to the sky, symbolizing the Resurrection and Ascension of Jesus. They praise God with their beautiful songs that fill the air and delight the ear. After the drab days of winter, the colorful songbirds bring a welcome change of beauty and life. Nests are a symbol of spring and of Easter, too. Birds build nests from cast-off feathers, mud, dried grass, and twigs. They take what is dead and lifeless and skillfully fashion secure places for their eggs in which new life will grow and eventually burst forth.

In many cultures, getting a new outfit, a new dress, or a new set of clothes is part of the Easter tradition. The new clothing has some symbolism, too. First, we are to be clothed anew with our faith. Secondly, a change of clothing indicates a change of heart. New clothes also indicate a new beginning. 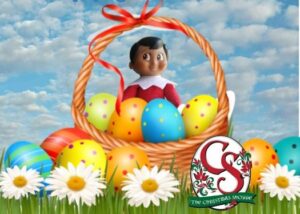 See you at The Shoppe!

~S’more The Elf On The Shelf

Check out our Blog Archive HERE