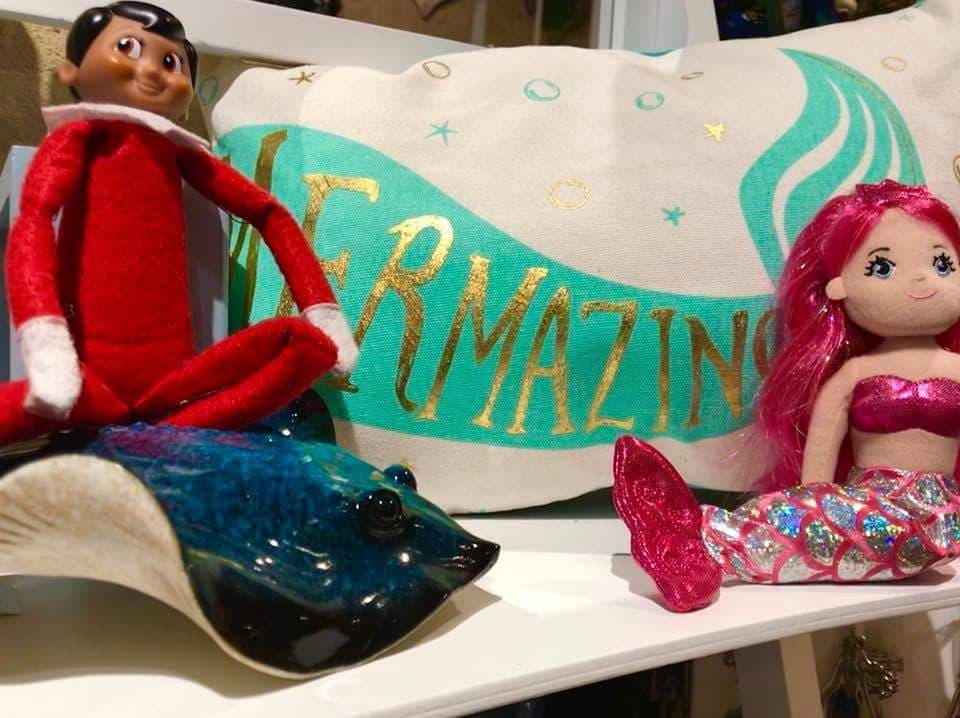 With Thursday’s passing of National Bikini Day, and the too hot to handle deals of our Hot as Heck July sale, I’m feeling mighty beachy today and have a mermazing blog for y’all!

You’re shore to read lots of corny puns. I did that on porpoise! 😉

Hey! What did the sea say to the beach?

…nothing it just waved. Ha!

I may spend my time divided between The North Pole and Boerne, Texas. However, before I was given the honor of Scout Elf at The Christmas Shoppe, I traveled the world in other ventures.

Our world, Earth, also known as, The Blue Planet, is an amazing place. Seeing that it’s mostly covered by water, it’s little wonder that the oceans are believed to hide mysterious creatures like mermaids. Merfolk have captured human imagination for ages.

Mermaids are legend in almost every culture across the world.

Modern day view of mermaids is often mixed with sirens (who are more dangerous creatures.) You might hear them described as beautiful women who have fish tails as the lower half of their bodies, long hair and a beautiful voice that can mesmerize men who hear it.

But what is left out of most legends is that, like us, “Mermaids need coffee too!” Every now and again, even a lovely mermaid needs the help of coffee to seas the day! 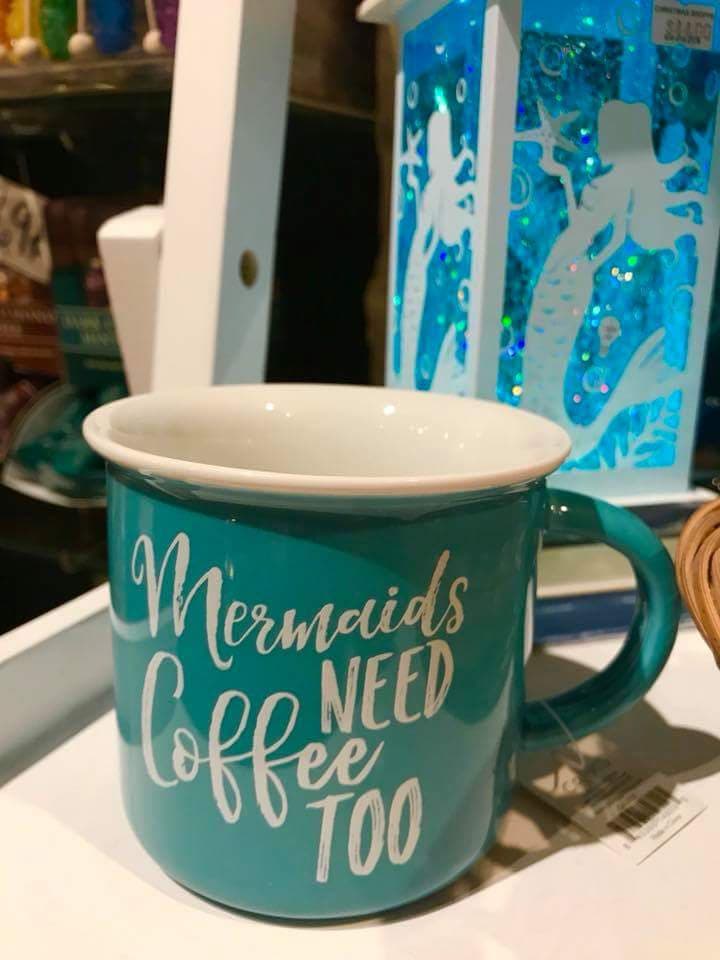 And let’s not forget about mermen, the male counterpart to mermaids. They are even more mysterious and secretive. In almost every tale or lengend, they never come to the surface, there has been no claim of sightings for a male, we often see them pictured with weapons like tridents made of whale bone, coral, sharp shells, or even  shark teeth.

Wow! Merfolk sure sound cool! They get to live underwater, they don’t have to work, they have beautiful hair and singing voices. That’s it! “I’m done adulting, let’s be mermaids!” 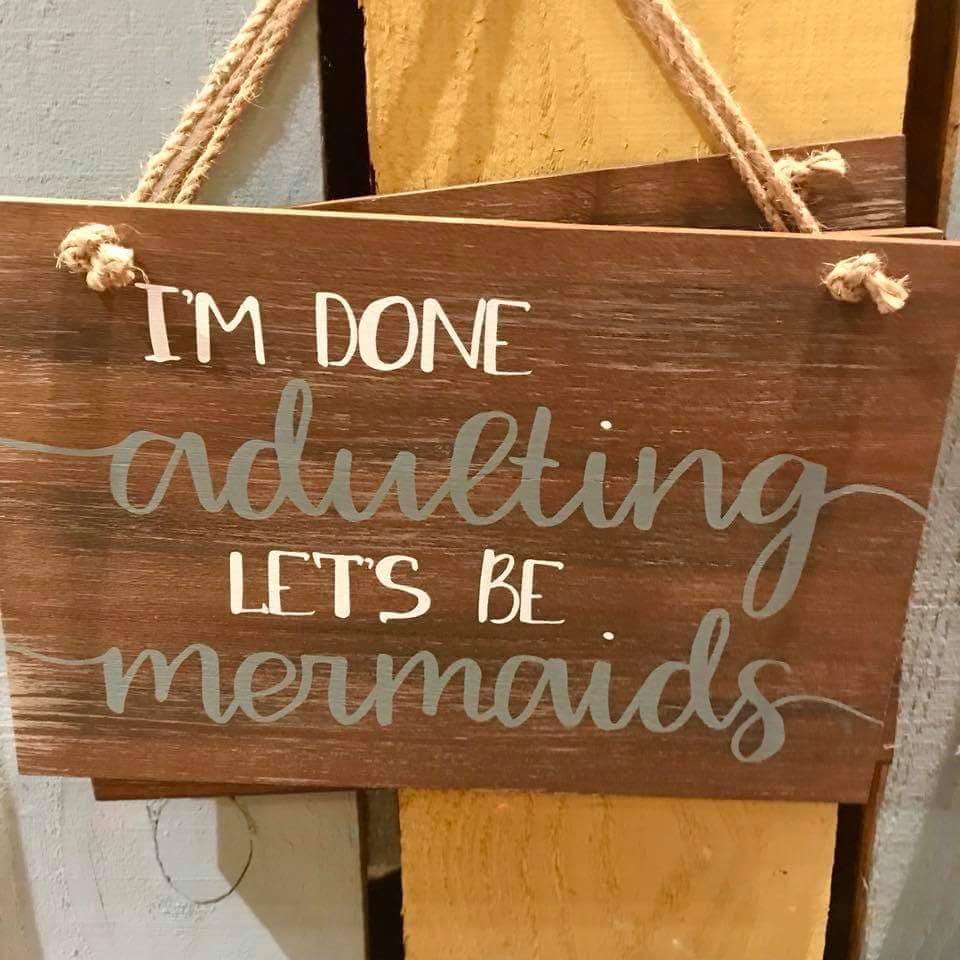 If you’re a new friend, or you know The Shoppe well, you should know we shellabrate (eh, see what I did there?) ALL the holidays!

Our Cap’n, Mr. C, has a favorite, Talk Like a Pirate Day (September 19th). If you ARRRR to patron our store and shop our booty that day, it’s common to see the crew in pirate garb. Yo-ho-ho! “X” MAS marks the spot. 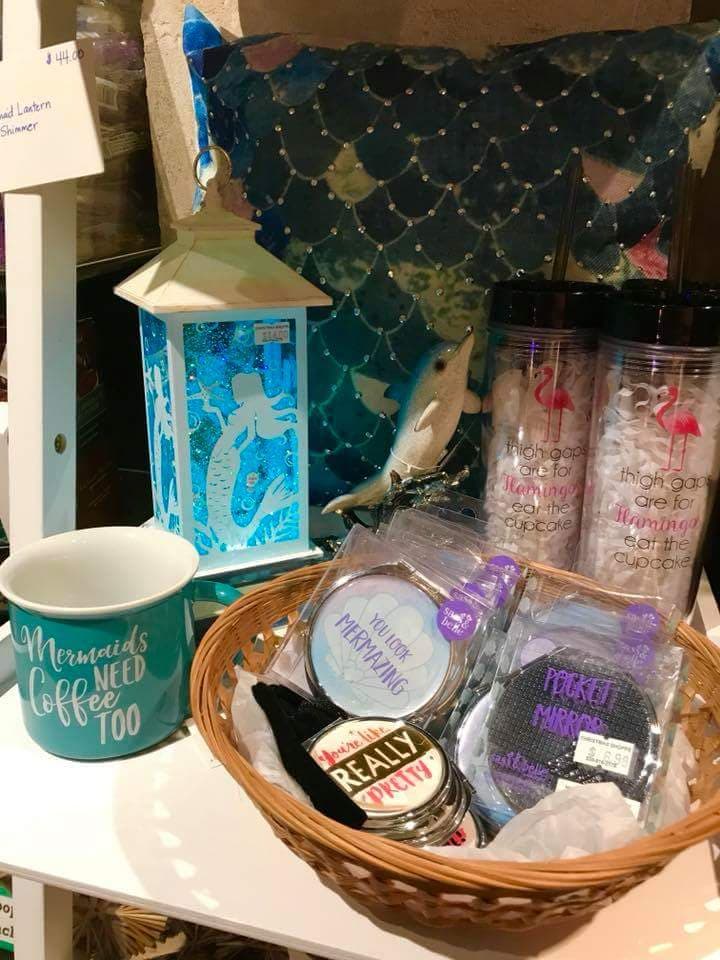 Mermaids and sirens represent very important parts of pirate mythos. During the golden age of the piracy, mermaid sightings reached their peak and many stories about them entered into the folklore of Central America.

You know I’ve always loved being an elf. But after learning about merfolk, I’m “kinda mad about not being a mermaid.” 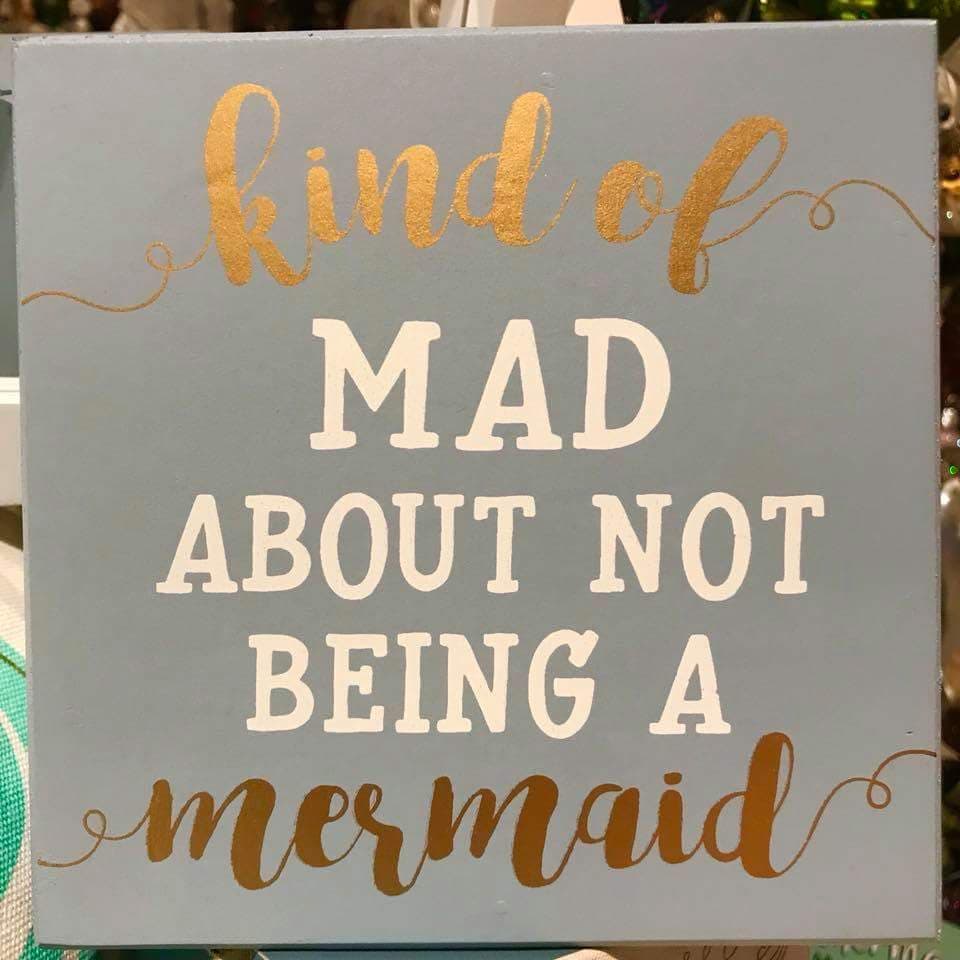 If I could be anything I would be a merman…er… a mer-elf! 😉

You know what they say, “Always be yourself.”

Well I say, “Always be yourself, UNLESS you can be a mermaid.”

Then totally be a mermaid. 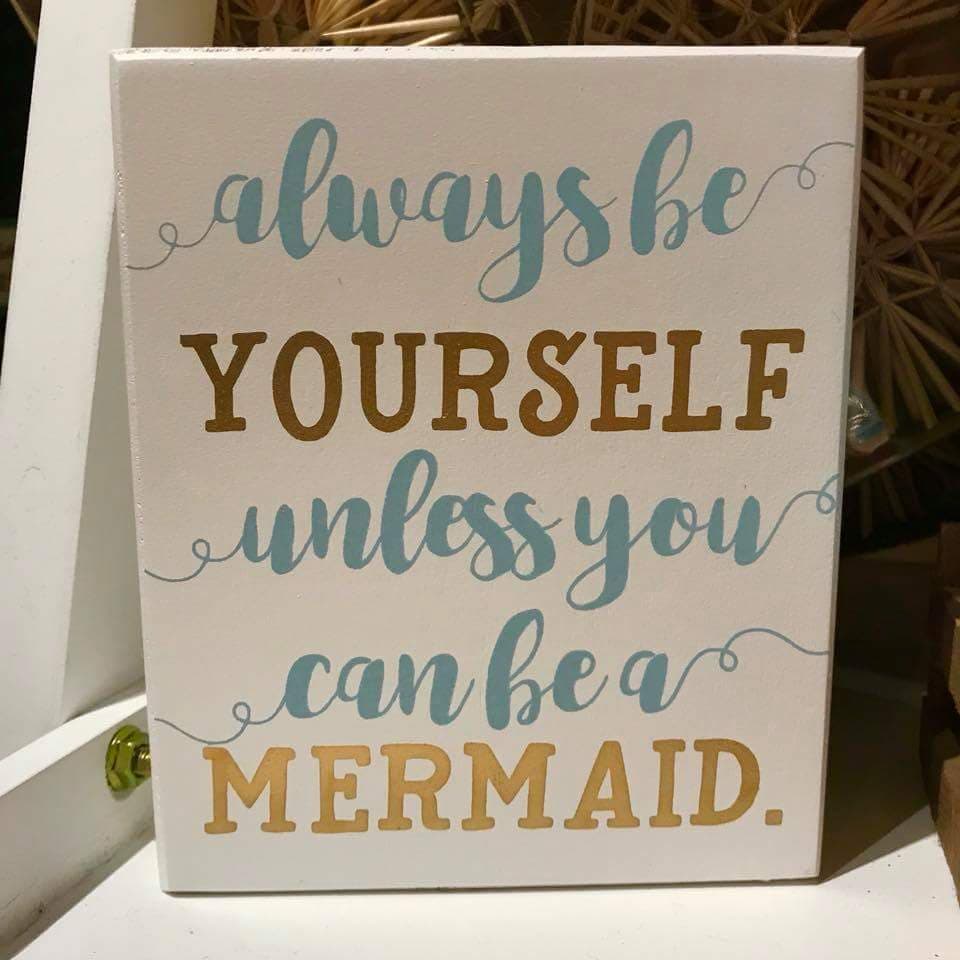 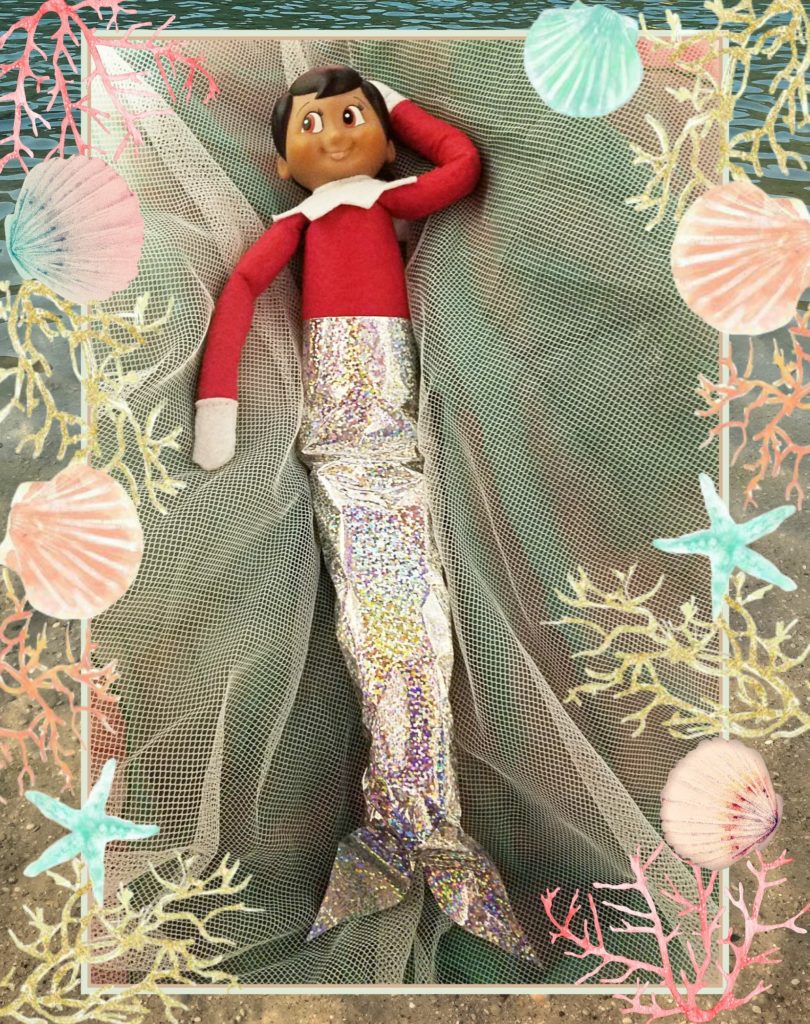 I decided to dress up like the merfolk for a day, and live this fantasea life. It’s been fintastic!

Mermaids may have ancient origins, but they are still with us. Find them all around in films, books, movies, Starbucks and maybe even in the ocean waves if we look close enough.

You’re shore to find somefin during our Hot as Heck sale today! Items discounted as much as 75% off! And we also have a few surprise deals!

Stop in for your mermaid inspired treasures and some super hot deals in the air conditioning, we’re open from 10am – 8pm today!

So, water you waiting for? Sea you at The Shoppe!